The Nintendo Switch? (China-exclusive version) launch press conference, with the theme of "Coming for Your Smile", was held in Shanghai on December 4th at 10:30 am. 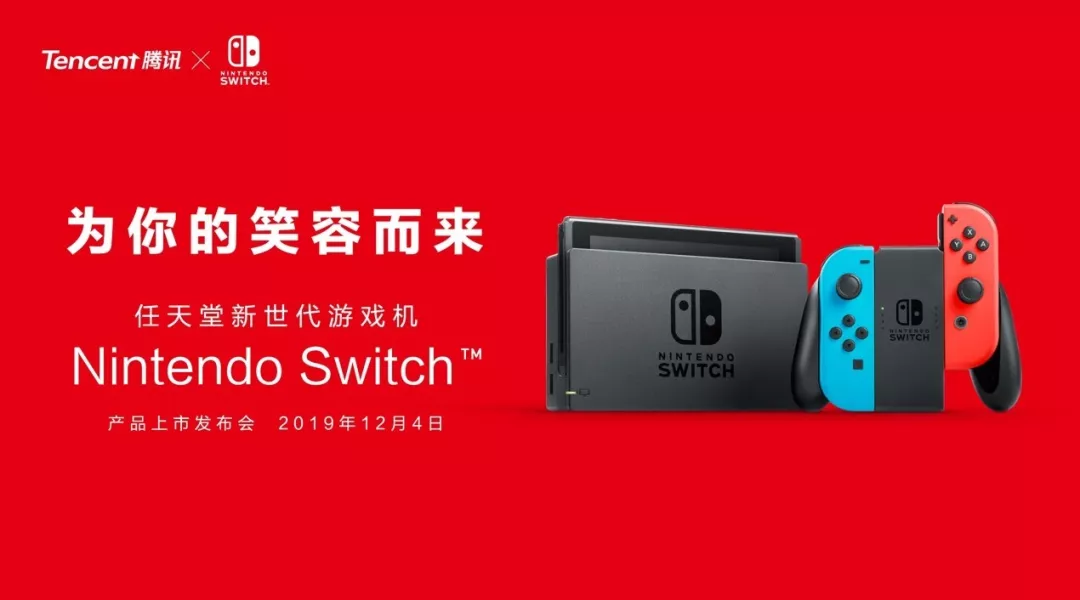 At the press conference, Tencent and Nintendo, jointly announced that Nintendo Switch will go on sale in China with Tencent as the authorized distributor on December 10th. Nintendo Switch (China-exclusive version) pre-loaded with New Super Mario Bros. U Deluxe trial version, at the suggested retail price of ￥2,099 RMB, will be available for pre-sale at the official flagship stores of JD.com and Tmall at 12:00 noon on December 4th. Tencent also indicated that the introduction of Nintendo Switch Lite is under preparation.?

In terms of the games lineup, it was revealed in the press conference that the Super Mario series will be introduced to Chinese users on Nintendo Switch in the coming weeks. The first arrival is New Super Mario Bros. U, at a suggested retail price of ￥299 RMB, which will go on sale in the Nintendo eShop on December 10th. The physical token will be released later, and game cartridges will be released around the Spring Festival next year. Mario Kart 8 Deluxe and Super Mario Odyssey will be released in the coming weeks at a suggested retail price of ￥299 RMB.?

Steven Ma, Senior Vice President of Tencent, Qian Geng, General Manager of Tencent Games N-Business Department, and Mr. Shinya Takahashi, Director and Senior Managing Executive Officer of Nintendo Co., Ltd., who attended as the honored guest, shared information about the distribution of Nintendo Switch by Tencent and the progress of the cooperation between both companies. Although Mr. Shigeru Miyamoto, representative director and Creative Fellow of Nintendo Co., Ltd. could not attend the press conference in person, he still greeted Chinese users through a video message.?

After “Coming for Your Smile” review video of the 2019 ChinaJoy Nintendo Switch exhibition area filled with users' smiles, Steven Ma delivered a speech. As the partnership with Nintendo has progressed, he said, both companies have become friends as well as mentors over the past six months, and had more resonance in understanding the value and the significance of video games in society, the innovation of game methods, the pursuit of quality, and the nature of video games to deliver happiness. "Today, we finally welcome the arrival of Nintendo Switch (China-exclusive version) in China. We expect that it will serve as a new form of entertainment, enrich our daily lives and link everyone. For both Tencent and Nintendo, it also marks the start of a new journey. Both companies must continue our explorations and take challenge so that more and more people will experience the fun this game machine brings to them. " added by Steven. 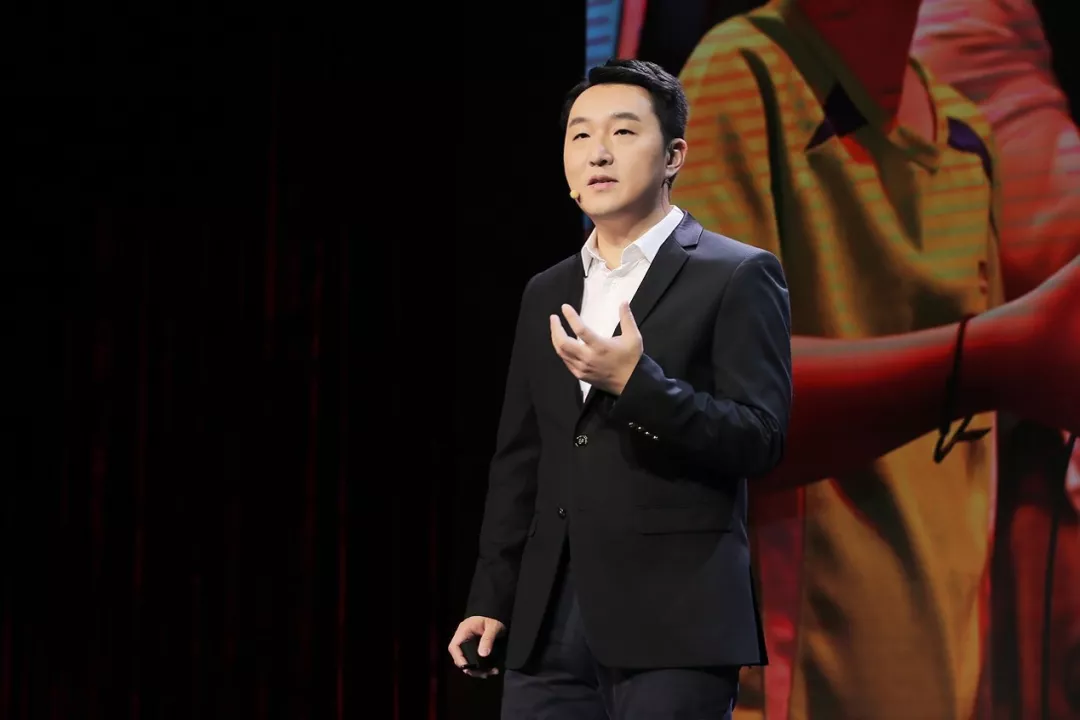 Steven said that, in line with the brand-new concept of Tencent Games, "Discover Unlimited Possibilities," Tencent would let more Chinese users feel the joy and unlimited possibilities of “follow your heart to SWITCH and have fun together” by making video games a communication bridge among family members and between friends as a useful means to cultivate a healthly concept of games and game aesthetics, as well as assisting parents to strike a work-play balance for their children, and let our "future" grow healthier and happier. Meanwhile, Tencent also aspires to introduce Nintendo's game concepts into China’s game industry, and jointly promoted the development and prosperity of China's game console industry. It could create conditions for domestic developers to develop games for Nintendo Switch, and take the Nintendo Switch platform as a carrier to help more excellent Chinese games go global, so that more global users can also avail themselves of the happiness brought by Chinese games.?

Subsequently, Mr. Shigeru Miyamoto greeted the Chinese users in Chinese via video. As the "Father of Mario", Mr. Miyamoto explained the philosophy behind Nintendo's creation, development of the Super Mario series and other games. In Nintendo's game and development, he indicated, great importance was emphasized in providing users with brand new and interesting experience, as well as bringing families together to have fun together, and it was committed to providing consumers with games that were easy to understand and enjoyable for everyone. Finally, Mr. Miyamoto said: "Nintendo has long been holding the dream to provide the fun of Nintendo's game entertainment to Chinese users, and we are really happy and grateful that this dream has come true."? 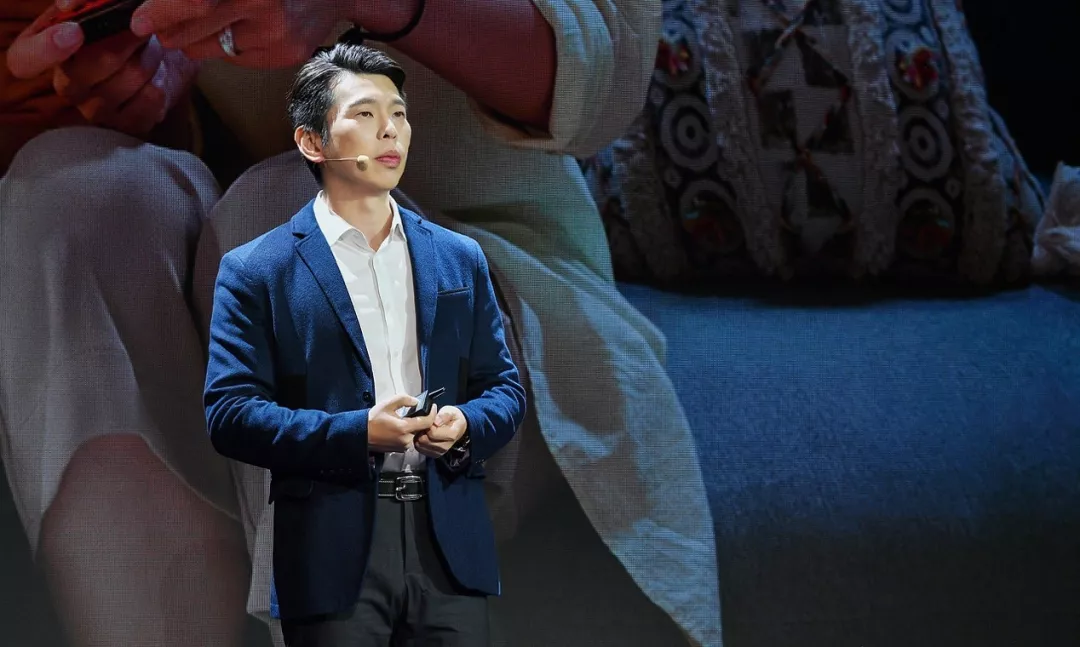 Qian Geng, General Manager of Tencent Games N-Business Department, introduced three modes of the Nintendo Switch, namely TV mode, Tabletop mode and Handheld mode. He said that with the TV mode makes Nintendo Switch suitable for playing at home, which can help foster the kind of tacit parent-child relationship that every family wants and can also be for fun with friends at home, which could make the happiness of two into three, three into more, and create more resonances in face-to-face interactions. Meanwhile, the ultimate portability of Nintendo Switch allows users to enjoy the happy experience alone and to share it with more people whenever and wherever possible. Even in their spare time away from home, users could still enjoy the high-quality games of Nintendo Switch anytime and anywhere. Whether in leisure time of ordering food outside, free time after a high-intensity meeting at work, or in an airplane trip, the Nintendo Switch could be placed on the desktop for a relaxing moment with your partner.?

Mr. Shinya Takahashi was invited to go up on the stage and said “The developers at Nintendo have long been waiting to provide the Chinese users with Nintendo games. Thanks to the cooperations with Tencent, we are now finally able to offer our games to you.”

New Super Mario Bros. U Deluxe is one of Nintendo’s side-scrolling 2D Mario games, where Mario and his brother Luigi challenge in 164 levels on plains, seas and deserts.?

In Mario Kart 8 Deluxe, Mario and his friends ride in karts racing through the lanes. Players can play with family and friends.?

In Super Mario Odyssey, you will play as Mario and embark on a new adventure with Cappy, who comes from the Cap Kingdom, by travelling in the Odyssey. 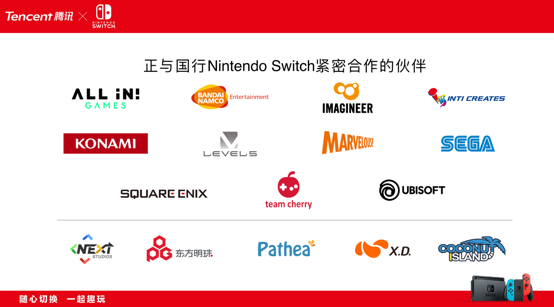 In terms of after-sales service, Tencent and Nintendo are committed to delivering convenient after-service experience to users. With Nintendo's technical support, Nintendo Switch game consoles not only have a one-year official warranty service provided by Tencent, but also have a triple package service for all Nintendo official related products.

In addition to the two Joy-Con in one set that come with the game console, users can purchase other Joy-Cons controllers and experience the fun of playing one game console with many other people. The Joy-Con Charging Grip allows charging while playing. The Nintendo Switch Pro-Controller offers a more comfortable grip, and more suitable for the players who are familiar with classic controllers in terms of operation.

When playing racing games such as Mario Kart 8 Deluxe, you can experience more intuitive operation by putting the Joy-Con controller into the Joy-Con Wheel. There are two Joy-Con Wheels in one set, so you can share the experience of driving with your family and friends.

Pre-sale in official flagship stores in Tmall and JD.com from December 4th?

Finally, as announced by Qian Geng, The China-exclusive version of Nintendo Switch will be available for pre-sale on December 4th at 12:00 noon at JD and T-mall flagship stores at a suggested retail price of ￥2,099 RMB. Besides these two channels, consumers can also purchase at authorized offline stores. Please check the official website for detailed information of these stores.

At the media salon after the media conference, Qian Geng gave detailed answers to other questions. He said, Tencent and Nintendo will endeavor to add 10-20 high-quality games to the Chinese Nintendo Switch game lineup in 2020. Limited editions of the console and games are already in the pipeline.